Yesterday, a beautiful yogi by the name of Ramdesh Kaur, whose writing I admire, wrote a lovely post on Facebook.  She wrote about how moved she felt that Pope “Fran-tastic” is always asking people to pray for him.  Ramdesh goes on to reflect on how empowering it is to receive a humble prayer request from a person we regard as an authority.  That someone who is so celebrated and influential as the pope would still ask us common folk to pray for him–what a powerful gesture!

Pope Francis, like Yogi Bhajan, knows the power of prayer, and he knows it doesn’t matter who is praying; prayer prevails.

When Pope Francis had a private moment with Speaker of the United States House of Representatives, John Boehner, the Pope asked John Boehner to pray for him.  While announcing his resignation today, John Boehner mentioned this moment with the Pope.  While telling the public about the Pope’s prayer request, the Congressman’s eyes welled up with tears; his throat tightened; his nose started to run.  It was such a significant moment that CNN replayed it over and over.

All morning, political pundits discussed what triggered John Boehner’s decision today.  Was he strong-armed into resigning by radical members of the Republican party?  Was he overwhelmed by the threat of government shutdown?

The newspapers spin their stories and make good sense of it all.  News writing loves the illusion that we know through facts; we are informed.

But, like every soul, John Boehner is such an infinity of complexities and mysteries; there is no knowing the full story of his reasons for acting the way he did and making the choices he made.  What’s more, John Boehner may not even be fully aware himself why he chose to resign on the day he did.  As an ad hoc spiritual pundit, I like to think John Boehner was simply inspired and moved by Prayer.  And as an ad hoc spiritual pundit, I would also bring attention to the interesting physiological response Mr. Boehner displayed: eyes filled with tears, throat clenched, mucus in the nose.  The Congressman was losing all control over his physiological mechanisms, and clearly he was not breathing deep into his pelvic diaphragm…  But enough pontificating (wink).

The power of prayer trumps political power.  One act of humility inspires another.

You see, once we realize how powerful we are, and we connect with one another on the level of the soul, then nothing can keep us in a grip.  Essentially, we are so free, almost unbearably free.  Once we pray with and for each other, once we communicate through sincere and conscious prayer, we can appreciate the true power of every soul.

I bow and bow again, feeling deeply grateful and relieved and ecstatic to see that Prayer is making the front page news today. 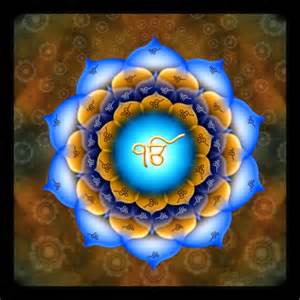